You are browsing in Alberta!

TORONTO, April 06, 2021 (GLOBE NEWSWIRE) -- By 1945, Bill Willis certainly recognized the immense business potential heavy equipment distributors would have supplying to a booming post-war Canadian economy. Bill worked for one of the earliest and largest heavy equipment dealers in Ontario. With this insight and business vision in mind, Bill parted ways with that company and on April 6th, 1946, Equipment Sales & Service was born.

With its humble beginnings operating out of an automotive garage on Queen Street E. in Toronto, Mr. Willis started his legacy distributing Lima shovels. The mantra was simple: hire the best, most experienced people in the industry to sell and support the highest quality products available. Bill Deuel was hired in 1951 and was a key player in the company’s early growth and subsequent success, ultimately rising to become the company’s President. That same year in 1951, ESS was appointed the exclusive distributor for Link-Belt cranes and shovels in Ontario. The late Dan Wood was brought on board in 1960 and would also become one of the most well-known industry characters in the business, contributing immensely to the company’s successes for 60 years! In 1962, ESS purchased its first large property from the Reichmann brothers and moved into it at 1030 Martin Grove Rd., Toronto. This location remains the company’s headquarters today.

The growth strategy proved to be sound, carving out an early niche business for ESS and building for future generations. It offered customers a unique one-stop-shop for aftermarket parts and service solutions for all makes and all models of equipment, in addition to representing their OEM machinery lines.

After the passing of Bill Willis in 1973, sons Michael and Peter continued diligently in their father’s footsteps establishing strong relationships with equipment manufacturers both in North America and abroad. They spurred company growth by securing OEM distribution contracts from manufacturers, as well as by acquiring distribution rights via well-timed acquisitions of established heavy equipment/parts dealers across Canada. The company’s geographic footprint was expanded into Western Canada in the late 1970’s, robust lines were acquired such as Esco wear parts in 1978 through the acquisition of W.E. Bolt, the then Esco dealer in Alberta and South East British Columbia, and ESS then opened branches in Edmonton and Calgary. 1980 was marked with the purchase of W.J. Knox, the dealer for Esco wear parts in Southern Ontario.

Mike Smith was hired in 1984 to run the Western division and became Vice President of ESS as he solidified ESS’s status as a bonafide distributor of Link-Belt and Esco wear parts to the booming energy, construction and mining markets of Western Canada. Later on Berco undercarriage distribution was added.

1993 marked the hiring of aftermarket parts expert George Parps and with him the company’s all-important appointment to distribute world-renowned Berco undercarriage.

At the turn of the century, after struggling with 5 different Ontario equipment dealers in as many years, Komatsu Ltd. was desperately seeking dealership stability and asked ESS to become the OEM distributor and it was officially appointed in 2001.

Morgan Cronin was hired as President in 2012, bringing his wealth of knowledge and guidance to the ESS table, having had over 30 years of experience in the industry.

The third-generation successors, consisting of Michael’s daughter Meghan, her husband Drew Paton, as well as Peter’s two sons Simon & Jodie, are poised to continue the Willis family legacy. They beam with pride, truly grateful of the company’s team of extraordinary individuals who made and continue to make ESS the industry leader it is today.

ESS thanks all its loyal customers, suppliers, and employees for their confidence in, and unwavering commitment to ESS over the past three quarters of a century. We look forward to forging many more prosperous partnerships for the next 75 years!

“Our success is our people. Our passion is customer service.”

ESS is the longest-acting distributor of Link-Belt equipment in the world.

ESS is one of the largest aftermarket suppliers of construction parts in Canada.

ESS is the largest Berco dealer in Canada.

2021 marks the 20th anniversary for ESS as the exclusive Komatsu construction equipment distributor for Southern Ontario, which coincides with Komatsu celebrating its 100th year company anniversary as a world class equipment manufacturer. 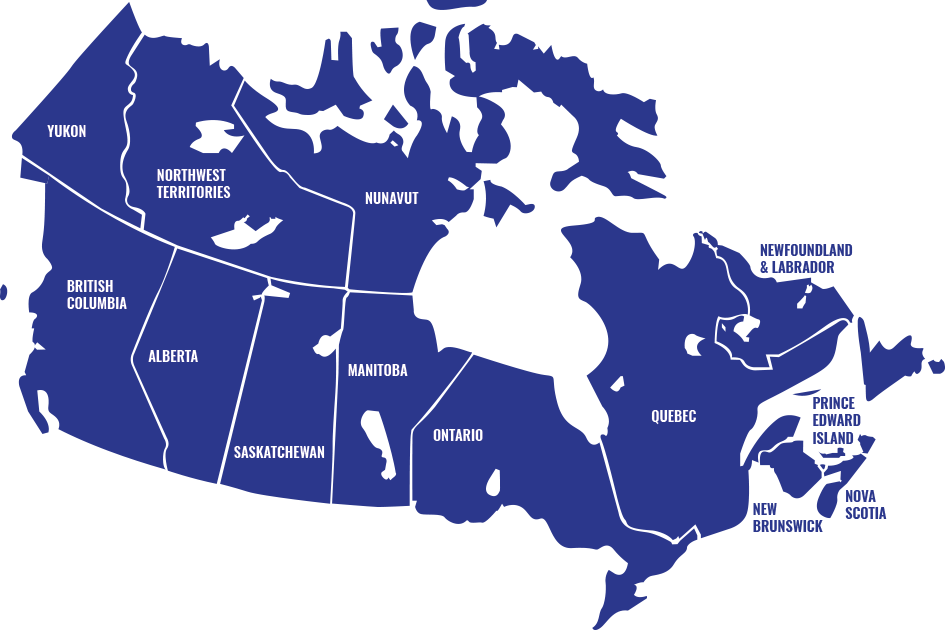 No thanks, I'd rather customize my search by location later.